We take the following from Schaff's Encyclopedia: With Elizabeth, Protestantism was restored, and -- in spite of occasional resistance from within, the Spanish Armada and papal deposition from without (1570) became the permanent religion of the large majority in the land.


Two periods stand out in the history of the church under Elizabeth. In the early part of the reign the divorce of the National Church from the Roman Catholic see was consummated; in the latter part its position was clearly stated in regard to Puritanism, which demanded recognition, if not supremacy, within its pale. The queen was no zealous reformer, but directed the affairs of the church with the keen sagacity of a statesmanship which placed national unity and the peace of the realm above every other consideration. In the first year of her reign the Acts of Supremacy and Uniformity were passed. By the former, all allegiance to foreign prince or prelate was forbidden; by the latter, the use of the liturgy enforced. The royal title of "Defender of the Faith and Supreme Head of the Church" was retained, with the slight alteration of "Head" to "Governor." But the passage was struck out of the Litany which read, "From the tyranny of the Bishop of Rome and all his detestable enormities, good Lord deliver us."


The queen retained, against the protest of bishops, an altar, crucifix, and lighted candles in her own chapel, disapproved of the marriage of the clergy, interrupted the preacher who spoke disparagingly of the sign of the cross, and imperiously forced her wishes upon unwilling prelates.

The Sending Forth of Light The Ancient of Days  ( William Blake , 1794) A third divine action occurred on the first day of creation: &... 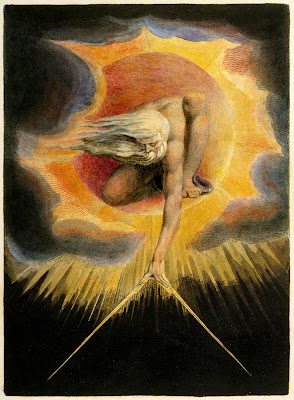